immigration
Nes (Chief Executive Officer)
5/5 stars
I have been dealing with Edward Weisz for several months now, and I must say his professionalism and legal understanding in his area of the law are unparalleled. He has been a pleasure to work with and I would highly recommend him for any legal issues regarding Immigration or Personal Injury.
Personal Injury
Fred
5/5 stars
I contacted Mr. Weisz for a personal accident case that I suffered on the job. He always answers the phones himself and handled my case from start to finish in a very professional and courteous manner. He is very hands on with his clients and makes you feel like you are his main objective.

If you are a non-permanent resident and are facing the possibility of being removed from the United States, you may be eligible for a Cancellation of Removal. Edward Weisz is a cancellation lawyer in Woodland Hills, and can help you remain in the United States. 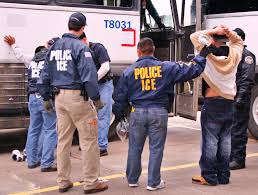 Cancellation of Removal for Permanent Residents is, generally speaking, more difficult to fight, as most are triggered by the conviction of one of several types of felonies. While there are exceptions, and judicial discretion, it is often easier to simply overturn the felony conviction.

The cancellation of removal process can be long and tiring, with the cases lasting years before a complete resolution. As with any legal process, having a good lawyer is essential. The Law Offices of Edward M. Weisz are highly experienced with immigration law, and have helped many people with cases just like yours. Don’t go through these difficult proceedings alone: use Edward M. Weisz as your Cancellation Lawyer in Woodland Hills. Call us today at (818) 936-3560 for a free consultation.